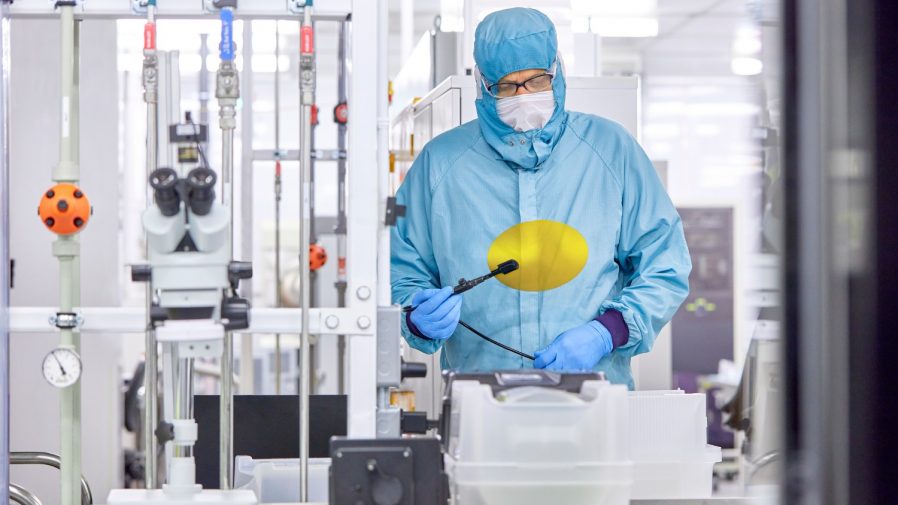 The oversubscribed round comes amid a slowing funding environment and is an example of the UK’s microprocessor prowess – despite the government drawing criticism over delays to its long-awaited semiconductor strategy.

PragmatIC said it will use the additional cash for the construction of its second semiconductor fabrication plant in Durham. Work at the 15-acre site, called Pragmatic Park, began in the first half of 2022. It will also expand production capacity at its fab in Sedgefield, which is capable of producing one billion units per year.

PragmatIC attracted a slew of new investors to the Series C extension, which first launched in October last year with an initial $80m.

Founded in 2010 by Scott White and Richard Price, PragmatIC uses thin-film semiconductors to create flexible integrated circuits that can be embedded into almost any object.

That includes adding near field communication (NFC) to items to trace them in supply chains, such as returnable bottles and packaging.

It caters to other segments, including personal and home care, pharmaceutical and healthcare, toys and games.

The company says its approach is low-cost and provides an alternative to silicon, the most ubiquitous material in semiconductors.

“This oversubscribed investment round, in spite of the challenging macroeconomic conditions, is a huge vote of confidence in Pragmatic’s unique technology and business traction,” said Scott White, CEO of Pragmatic.

PragmatIC’s Series C extension, which saw it surpass its target raise by more than 50%, bucks the trend of declining startup funding across the UK and Europe. UK tech investment dropped by 22% this year compared to 2021, with the decline largely felt in the final two quarters.

PragmatIC both designs and manufactures integrated circuits, which is rare in the UK. A government report recently found that Britain has approximately 25 fabrication plants and recommended investment to increase domestic production.

“Pragmatic is another great example of a UK company which has developed and commercialised world-leading technology from a UK base,” said Catherine Lewis La Torre, CEO of British Patient Capital.

“We are delighted to be investing in the further growth of this homegrown semiconductor manufacturing business via Future Fund: Breakthrough, our dedicated deeptech fund which is investing in some of the country’s most innovative and dynamic businesses.”

PragmatICs existing shareholders include Cambridge semiconductor designer Arm and Cambridge Innovation Capital. Recent expansion plans have seen it double its footprint in Cambridge, which is known for producing deeptech companies specialising in semiconductors.