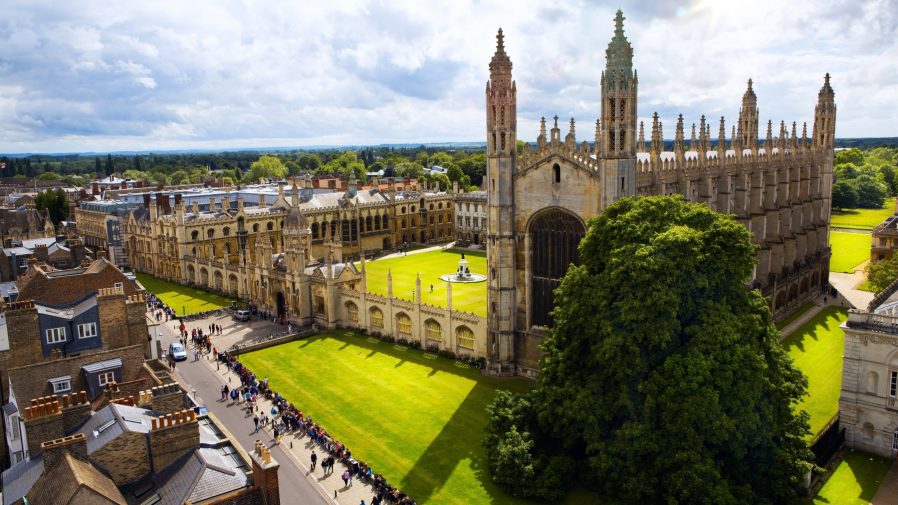 The UK has been at the cutting edge of artificial intelligence (AI) innovation from the very beginning. In fact, the earliest successful AI program was written in 1951 by Christopher Strachey, later the director of the Programming Research Group at the University of Oxford.

As the sector has grown and developed over the last 70 years, so too have AI job opportunities. New roles such as data scientist, big data engineer, software architect, and machine learning engineer are becoming more in demand.

But how did the UK become an AI epicentre? It has a large pool of talent and world-class academic institutions offering degrees in AI including Imperial College London, The University of Edinburgh, and the University of Manchester. Naturally, top AI companies are attracted to the emerging talent pipeline, and have settled here in their droves.

The total number of AI companies (startups and scaleups) in the UK now exceeds 2,000, which is double that of three years ago. This impressive expansion is not going to slow down anytime soon.

According to Gartner, global AI software revenues will reach $62bn this year, more than a 20% increase over last year. And the research group has good news for the UK too, predicting that AI could deliver a 22% boost to the UK economy by 2030.​​ This is more important than ever as we face rising inflation rates, a cost of living crisis, and fears of a recession in the not-so-distant future.

The UK government is firmly on board too. In February, the Department for Digital, Culture, Media, and Sport pledged up to £23m in government funding to create more AI conversion courses that will help young people from underrepresented groups to kick-start their careers in the field.

This investment in widening education and opportunity is just one of several steps in the 10-year AI national strategy, which aims to make Britain a world leader in AI.

There has never been a better time to think about future-proofing your career. And if you want to secure a job in an emerging sector with amazing growth potential, excellent salaries (£40,000-£70,000 for new graduates), and great job prospects, then AI should be right at the top of your list.

But, where are the top cities in the UK for AI jobs, and what companies are hiring at the moment? Let’s take a look.

Naturally, London is a hotspot for all things tech-related and AI is no different. The city is home to almost 1,300 AI companies – more than New York and double the combined number in Paris and Berlin.

On top of investment and talent, London has a secret ace up its sleeve: data. The London Datastore, a free data-sharing portal from the Mayor of London, provides everyone with access to more than 700 datasets on London. Top companies in the city include OneTrust, Graphcore, and Thought Machine.

Google is hiring a Solution Specialist AI/ML in the city now. You’ll form part of a central and highly specialised technical team that engages directly with customers and partners with a focus to accelerate the usage of conversational AI solutions on top of the Google Cloud Platform.

In 2020, a world-first AI study found that Manchester outperforms all other major UK cities in fields including AI and data, cybersecurity, ecommerce, and IoT.

In the same year, the city launched the Greater Manchester AI Foundry, a £6m project that combines business innovation expertise and leading AI research from Manchester Metropolitan University, Lancaster University, University of Manchester and the University of Salford to help SMEs create new AI products and services. The city is quickly becoming synonymous with AI thanks to companies such as Peak AI, Wolf Logic ltd and Neoteric.

Cambridge was recently named as the UK’s most “AI-ready city” in a  study by software analytics company SAS. The study found that Cambridge scored the highest on its AI-readiness Index, which ranks cities based on the number of AI-related jobs, R&D spend, GDP, business growth, and the number of relevant academic courses available.

Of course, it’s not unexpected that a cluster of high-tech companies would pop up next to one of the world’s leading universities. But what is it that makes Cambridge such a good place to work in AI? Well, most people cite the collaborative and friendly startuup environment where companies such as Darktrace, ConcertAI, and Wayve are thriving alongside giants such as Google and Apple.

Apple is hiring in Cambridge right now for an AI/ML Release Management Engineer. You’ll play a part in the next revolution in human-computer interaction, transforming the way people find their favourite movies and TV shows, watch sports, listen to music, interact with their smart home and much more.

Zilch CEO: rivals are rushing into BNPL to ‘appease stakeholders’