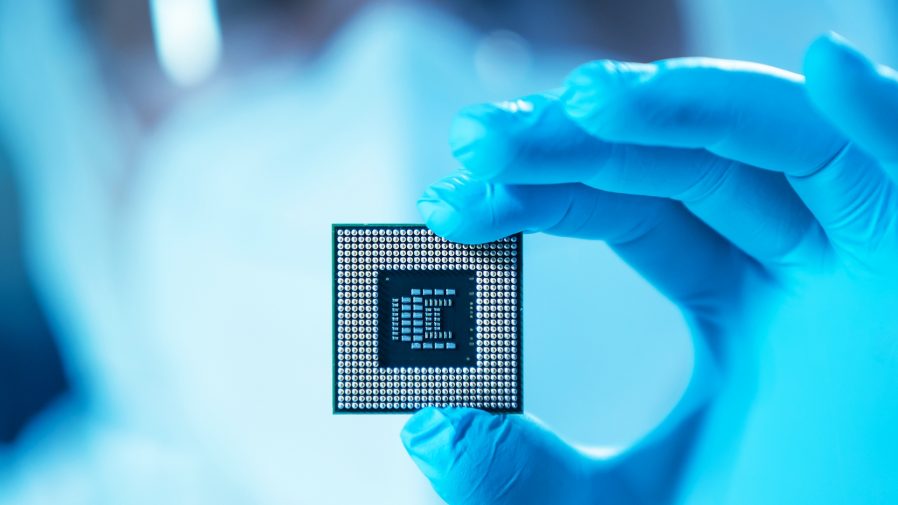 Semiconductors are everywhere, powering everything from the latest games console to your kitchen toaster. For all the warnings from industry, the UK risks falling behind in this crucial sector. The government’s long-awaited microchip strategy remains unpublished. With the likes of China, the US and Europe investing heavily in silicon, has the UK left it too late?

A microchip consists of a set of integrated circuits housed on a piece of silicon. They are the brains of electronic devices, performing the computations that arguably underpin much of the global economy.

Their strategic importance was underscored by the global chip shortage during the pandemic, forcing automakers to close production lines and pushing up the price of consumer electronics.

Covid-19 exposed the supply chain weakness of such a centralised production model. Tensions between the West and China, one of the world’s largest chip producers, have made policymakers wary of China’s capability to chokehold semiconductor supply to the rest of the world. China’s rhetoric over Taiwan has only deepened these fears.

In response, the EU has ironed out a strategy in the form of the European Chips Act, which aims to see at least 20% of global microchip manufacturing take place in Europe by 2030.

The US government, meanwhile, has announced a $52.7bn semiconductor manufacturing subsidy and research law.

While major action is being taken elsewhere, the UK has still not taken meaningful steps, beyond the announcement that a senior policy advisor for semiconductors will be appointed by the Department for Culture, Media and Sport.

Writing for , Tech London Advocates founder Russ Shaw encouraged a “sense of urgency” from the British government, drawing comparisons to the relatively swift action taken by both the EU and the US.

“Earlier this summer, the US Senate voted to move ahead with the Chips Act, which calls for greater government funding for the industry and subsidies,” he wrote. “The UK must deploy a similar sense of urgency.”

The lack of concrete action has led to fears from some that the ship has sailed to implement an effective strategy and ensure microchip independence.

“Some argue that the UK has already missed out on the microchip strategy, falling behind the US and EU,” Andrii Iamshanov, co-founder and CFO of Sheffield-based quantum tech company Aegiq told .

“I don’t agree that this is the case yet. Now is the time for the British government to move from the political discussion to the investment phase.”

Iamshanov said that the focus needs to be on “building a secure supply chain” and “strategic investment” into semiconductor R&D.

“In particular, we need to see investment into UK start-ups that transform the domestic semiconductor industry,” Iamshanov said.

“Furthermore, the government’s strategy should include a clear plan on how to attract and retain top talent, as lack of engineers still remains one the key headwinds for the industry.”

While there may still be time, the consensus from those in tech seems to be that it is running out. The government’s chip issues may also extend beyond the current lack of a specified strategy.

Dr Giorgia Longobardi, CEO of semiconductor company Cambridge GaN Devices, told that the approach the government is trying to take is only complicating the situation.

“There are simply too many people trying to solve the problem, with numerous departments from BEIS to DCMS having varying degrees of influence over decisions affecting the semiconductor sector,” Longobardi said.

“The approach taken and the money invested to deliver a semiconductor strategy will be siloed and end up being directed towards those that shout the loudest.”

Longobardi suggested a single department be given the remit of delivering a clear microchip strategy.

According to the Cambridge GaN Devices co-founder, certain voices are putting too much emphasis on the UK being a direct competitor for chip manufacturing with Asia rather than focusing on the UK’s strengths in design innovation.

One example of Britain’s chip design strength is Cambridge-based Arm, whose intellectual property is ubiquitous in smartphones. Its future, however, remains uncertain following its failed merger with US tech giant Nvidia.

“I hope the government will consider striking deals with some of the governments with important foundries, such as Taiwan, to secure preferential routes to some of the companies in the UK,” added Longobardi. “This would provide the necessary security of capacity.”

The British government has already expressed a desire to reduce its reliance on the Asian semiconductor manufacturing industry. However, there is no clear indication of what the strategy, should it be announced, would look like.

The CEO of Arm, Rene Haas, said in an interview with that the strategy should include making it easier for foreign tech talent to move to and work in the UK to support its microchip sector.

“There’s only so much talent in the world that knows how to do this work. So, making it easy for those folks to come into the UK to deliver the work would be hugely beneficial,” Haas said.

For Hermann Hauser, one of Arm’s co-founders, Britain’s microchip malaise stems from politicians failing to grasp the strategic value of the sector.

“The root cause of this problem over many years is that the large majority of the political class is technologically illiterate,” Hauser previously told .

All eyes will now be on Britain’s latest prime minister, Liz Truss, to get the microchip strategy done.