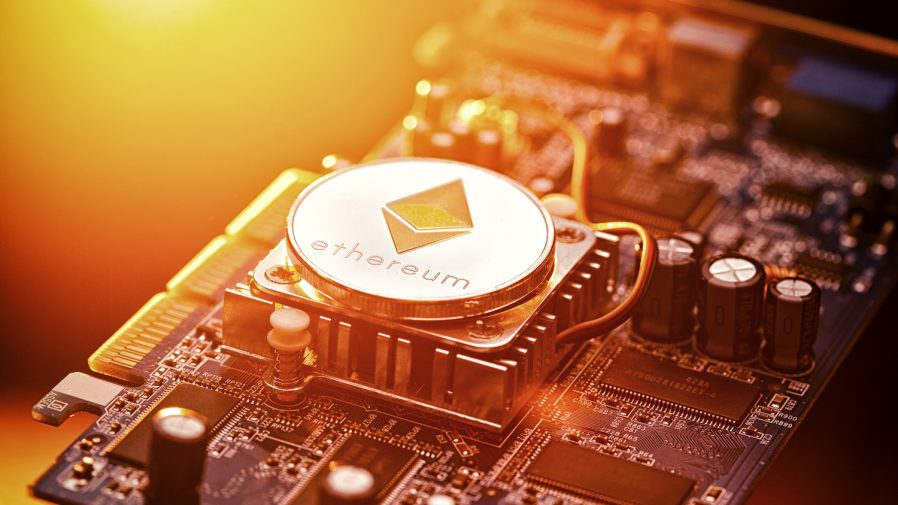 Ethereum has completed a software upgrade, known as “the merge”, to reduce its carbon emissions by more than 99%. But what does it mean, and how will it impact cryptocurrency startups?

One of the biggest concerns surrounding the growing popularity of blockchain-based products like cryptocurrencies and NFTs is their environmental impact.

The new software upgrade, which was announced by ethereum creator Vitalik Buterin on Thursday, will change the way transactions using the asset are managed on the blockchain.

The public ledger underpinning ethereum, the second largest cryptocurrency, previously required powerful computers to solve complex problems to verify transactions and maintain the network. This process is known as “proof of work”.

Following the merge, ethereum has moved to a “proof of stake” model in which individuals stake their own ether to validate transactions. This model uses significantly less energy.

“In an instant, the power consumption of ethereum has dropped by 99.95% – an overall drop in global electricity consumption of 0.2%,” said Conor Svensson, CEO of Web3 Labs.

“This is great news for institutional investors who relish the market opportunity provided by crypto but also need to meet stretching ESG targets.”

The completion of the merge plan is a promising step in the future of blockchain technology, which will likely have major implications for the future of the industry.

Removing the environmental barrier for entry could see a large increase in the adoption of the technology from brands, according to Jake Stott, CEO of the Web3 firm Hype.

“So far, one of the major criticisms against Ethereum has been its carbon footprint. Plenty of brands have been reluctant to experiment with NFTs precisely for that reason, but with this obstacle out of the way, we could see a lot more brands making a foray into the NFTs,” Stott told .

“I won’t be surprised if a year down the line, we see a lot more brands experimenting with NFT-powered exclusive drops and special events like we’ve already seen from industry giants like Adidas and Nike.”

Wider adoption will be welcomed by crypto startups, which for most of this year have been battered by a downturn in the cryptocurrency market.

Sam Kopelman, the UK country manager of the cryptoasset exchange Luno, told : “A move to proof of stake (PoS) for ethereum paves the way toward a more efficient and scalable industry in the long run.

“This could help improve how cryptocurrencies are viewed – potentially attracting institutional and retail investors.”

While the merge currently only applies to ethereum, the second largest cryptocurrency behind Bitcoin, it sets an important precedent for environmental consideration in blockchain technology.

“The environment, quite rightly, is the main headline. The energy usage of Bitcoin exceeds that of many countries, and the merge could be an important step to lessening the carbon footprint of Bitcoin,” Dion Seymour, crypto & digital assets technical director at Andersen told .

Seymour also, however, noted the tax implications of the updated cryptoasset system.

“From an international tax perspective, for some, this event may have an income tax charge that will need to be included in tax returns,” Seymour said.

“In the UK, there are a number of differing possible outcomes with the tax consequences being far from straightforward for those that do not fully understand the UK’s tax regimes.”

While much of the focus is on the positive environmental implications, some say there could also be a downside to the change.

‘Worst of all worlds’

Richard Boase, founder of the Blockchain-based game Ninja Punk Girls, believes the decision made by the ETH Foundation will hurt the spirit of the technology and leave consumers worse off.

Boase told that switching to the PoS model is “not efficient because it does not solve the problem of a public decentralised economic network”.

According to Boase, under the PoS model “shareholders are not competitive, they’re co-operative and co-operate to increase the value of their company shares”.

Boase said this is a “centralised move by the ETH foundation” that “puts more power into the hands of the Ethereum Foundation (i.e. the board of directors) who can then extract more rent from users”.

He concluded: “The network is not robust, not decentralised and does not scale. Long-term, it truly is the worst of all worlds.”

A fintech founder’s guide to surviving the downturn