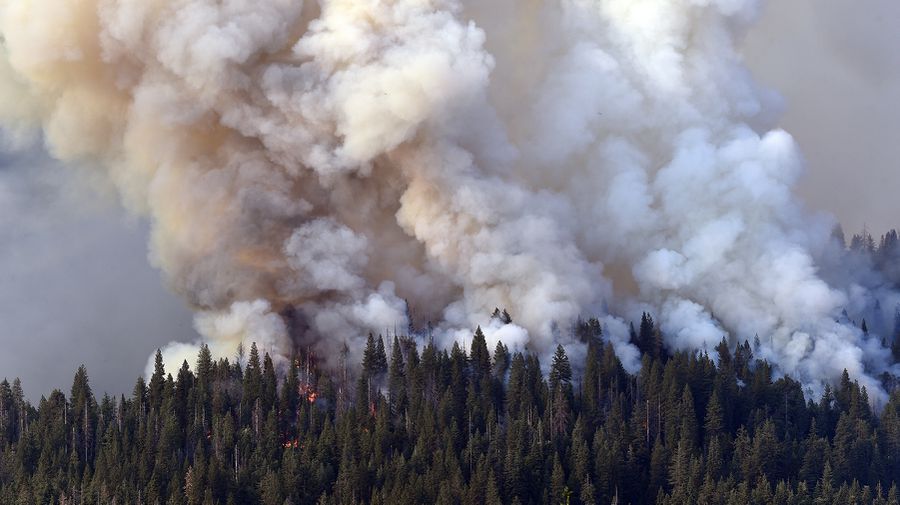 Firefighters are "proactively protecting" the giant sequoias with a ground-based sprinkler system.

Officials were battling to fight the Washburn Fire, which was first reported on July 7 near the Washburn Trail near the Mariposa Grove. By Monday, it had grown to more than 2,300 acres with 0% contained, according to the Yosemite Fire and Aviation Management. More than 500 firefighters have so far been assigned to the fire.

Firefighters are “proactively protecting” the giant sequoias — including at least one that is 3,000 years old — with a ground-based sprinkler system, which increases humidity near the trees, according to the fire management group. Firefighters did not wrap the trees in a protective covering like they did last year when a wildfire ravaged Sequoia National Park.

“Yosemite’s fire management program has for many years utilized a wide variety of methods to reduce the fuels and minimize the risk of fire to the over 500 mature giant sequoias as well as the entire National Park,” the Yosemite Fire and Aviation Management wrote in a statement.

Currently, the fire is burning in an area of “difficult terrain” and dead and fallen trees are complicating matters. In total, about 1,600 people have been forced to evacuate the adjacent community of Wawona as well as the Wawona Hotel and campground, Reuters reported.

"We're feeling confident of the plan we have in place today," Phillipe said.

The National Park Service has closed the Mariposa Grove and noted “smoky conditions are likely in the Wawona area and possible elsewhere in the park.” But while parts of Yosemite National Park are closed, others remain open, including the famous Yosemite Valley.

‘Pimp My Ride’ Coming Back, and Here’s How to Watch It on YouTube

This Is the Best National Park in the U.S.