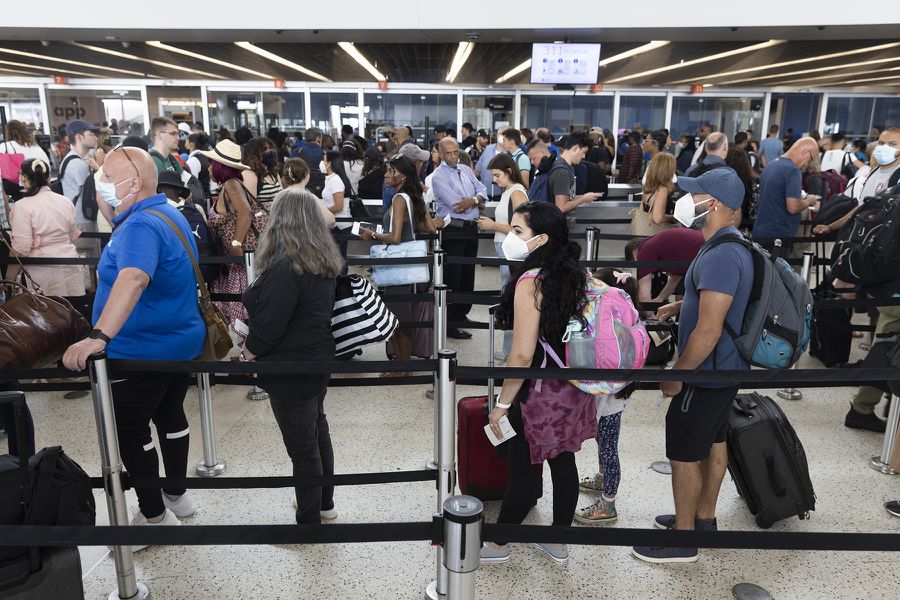 Hundreds of flights were delayed and canceled on Tuesday as the airline industry worked to get back on track following a holiday weekend of record travelers and mass disruption.

In total, airlines canceled more than 2,200 flights in the U.S. and delayed another 25,000 since Thursday, The Associated Press reported. That was blamed on a combination of bad weather on the East Coast, continued staffing shortages, and a glitch that caused American Airlines to accidentally drop pilot assignments for thousands of flights in July.

A spokesman for the airline told the wire service on Monday the problem had been fixed and the issue had no effect on July 4 travel.

Overall, cancellations are up 59% over the last two weeks compared to the same period in 2019, the AP reported. Airlines have preemptively canceled summer flight schedules to avoid more cancellations.

Compounding the problems was the record number of people who took to the skies over the holiday weekend. More than 11.2 million travelers passed through U.S. airports from Thursday, June 30, through Monday, July 4, according to data from the Transportation Security Administration. That included 2,490,490 people on Friday, the highest number of passengers screened since Feb. 11, 2020, when the TSA saw more than 2.5 million travelers, according to TSA spokesperson Lisa Farbstein.

“We are back to pre-pandemic checkpoint volume,” Farbstein tweeted.

The July 4 holiday travel numbers come as gas prices in the U.S. continue to hover at $4.80 per gallon on average nationwide and top more than $6 per gallon in California, according to AAA.