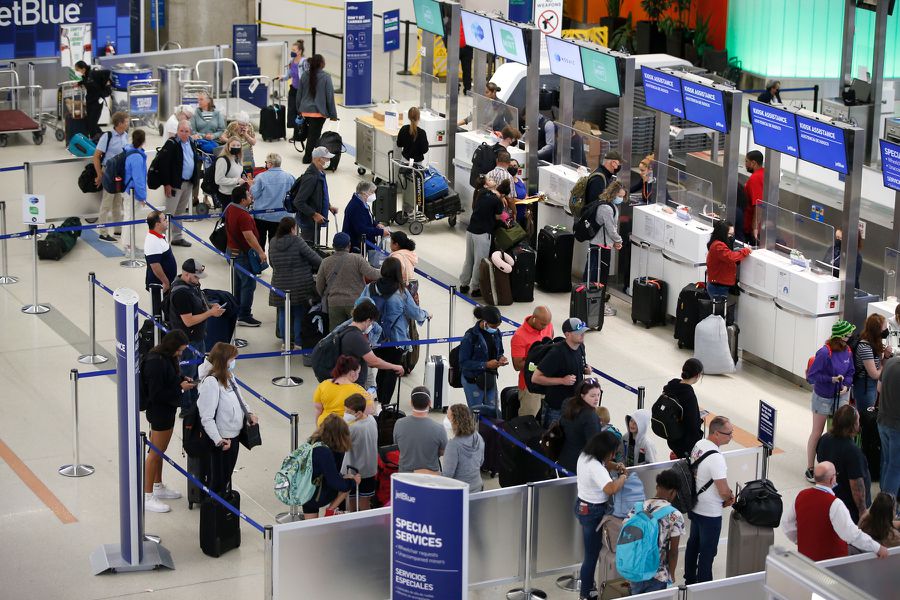 More than 100,000 flights have been canceled in the United States so far this year, a significant increase compared to pre-pandemic, as airlines across the world deal with widespread issues.

In total, 128,934 flights were canceled in the U.S. from January to July, according to Reuters, citing data from flight tracker FlightAware. That’s an 11% increase compared to the same time period in 2019.

In addition to cancellations, nearly a million flights have been delayed so far this year.

Widespread flight issues are becoming a near daily occurrence. On Sunday alone, more than 300 flights were canceled within, into, or out of the U.S., and more than 5,500 delayed, according to FlightAware. Sunday’s problems were led by Southwest, which delayed more than 1,500 flights, or 37% of its schedule.

The beleaguered airline industry has generally blamed the chaos on a combination of staffing shortages and air traffic control issues. Earlier this month thousands of flights were canceled, followed shortly by a few days that saw thousands more axed.

Several airlines proactively trimmed summer schedules in an effort to avoid further issues, including JetBlue, Delta Air Lines, and United, while others have even extended those cuts into the fall, like United and American Airlines.

The Department of Transportation has also tried to crack down on airlines, proposing a rule change that would require carriers to issue a refund if a domestic flight is delayed by more than three hours.

But there is hope: the acting head of the Federal Aviation Administration (FAA) said recently delays were starting to improve and airfare prices — which spiked due to higher fuel prices, overall high travel demand, and staffing shortages — have started to come down, decreasing 9.6% from June to July.

Does a Sibling’s Gender Influence Our Own Personality? – Neuroscience News