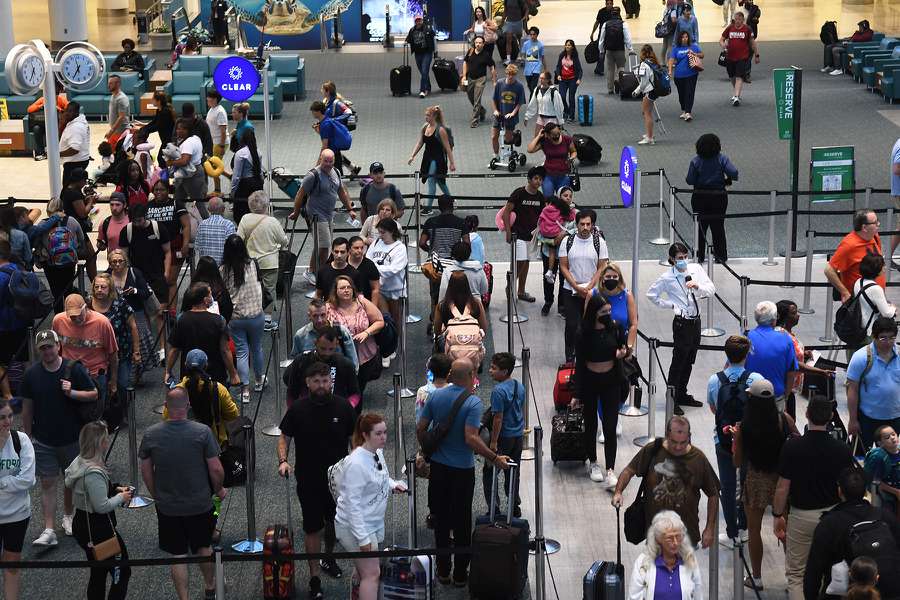 Searches for "expected flight delays tomorrow" increased 450% over the past week in the United States, according to the search engine.

American travelers have weathered a storm of cancellations and delays over the last several weeks and they're using Google to figure out their options, increasingly searching for things like flight status and expected delays.

Searches for “expected flight delays tomorrow” increased 450% over the past week in the United States, Google shared with , while searches for “which airlines are canceling flights” more than doubled. Travelers are also increasingly searching to find out why flights are overbooked and wondering about “overbooked flight compensation.”

The increased concern comes as airlines in the U.S. cancel flights in the thousands, scratching more than 2,000 flights alone over the July 4 holiday weekend. Airlines, which have blamed the unpleasant trend on a combination of air traffic control problems and staffing shortages, are increasingly canceling summer flight schedules in a preemptive attempt to avoid even more issues.

The problem isn’t just limited to the U.S. either. This week, Air Canada said it would temporarily ban pets from traveling in a checked carrier due to “longer than usual” delays at airports and for the “safety and comfort” of the animals.

When it comes to flying struggles, travelers in Honolulu seemed the most concerned as they searched for flight cancellations and delays more than any other metro area in the U.S. That was followed by Lafayette, Ind., and Las Vegas, Nev.

People in Hawaii were also the most likely to search for flight status, followed by those in New Jersey, Florida, New York, and Massachusetts. Additionally, travelers in Florida and New York seemed the most concerned about finding out “expected flight delays tomorrow” with searches surging in the states.

How to get compensation for a delayed flight topped the overall list of the most-searched for questions when it comes to delays and cancellations, according to Google, with users also wanting to know why so many flights are delayed and how many were delayed on any given day.