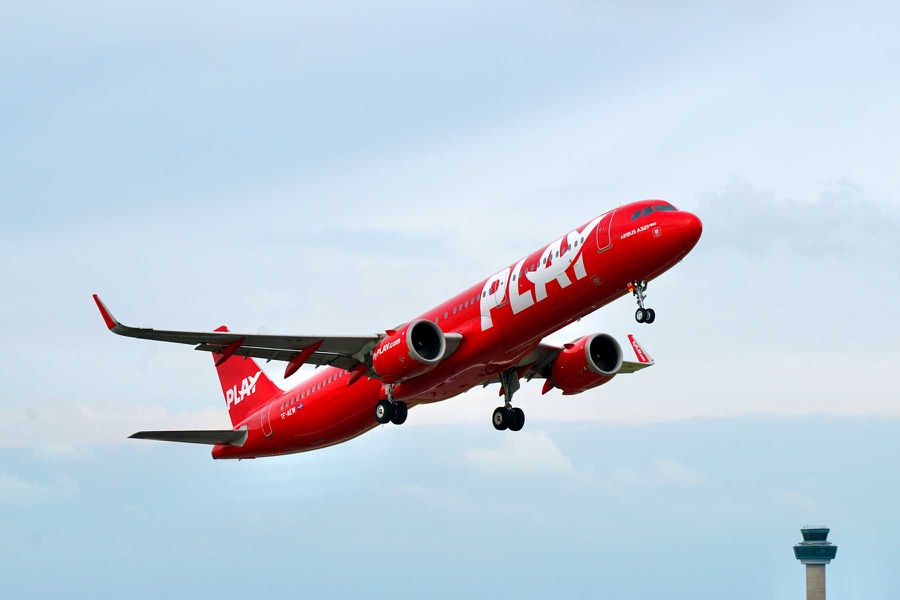 Play will start flying between Washington Dulles International Airport and its base in Reykjavik starting in April of next year.

The company will begin flying between Washington Dulles International Airport and its base in Reykjavik on April 26, 2023, Play shared with on Tuesday, allowing U.S. customers to then inexpensively connect to the rest of Europe. Flights from Washington D.C. are currently on sale on Play’s website.

The new route will mark Play’s fourth U.S. airport after the airline launched flights from Baltimore, Boston, and New York earlier this year.

“PLAY began flights from the United States this spring and, so far, the airline has established a strong position in the country, which has increased our load factor,” PLAY CEO Birgir Jónsson said in a statement shared with T+L. “BWI has been a popular destination with strong demand from both locals and the European market, proving Washington D.C. as a key destination for us. Adding IAD was a strategic decision for PLAY’s fourth U.S. destination to serve this strong, growing region and to undercut high prices from competitors in the area.”

The new flights will be operated on Airbus A321 and A320 aircraft, according to the airline.

Paul Bobson, the vice president for airline business development for the Metropolitan Washington Airports Authority, said in the statement the new route "will add significant capacity in the low-cost international market."

Play first started operating in Europe last year, flying to popular destinations throughout the continent, including Barcelona, Berlin, Dublin, London, Madrid, and Paris. From the U.S., the airline operates a “hub-and-spoke model,” with all flights connecting in Reykjavik first.

Play is a low-cost airline and charges for everything from carry-on bags with priority boarding to checked baggage, food, and drinks. Play offers standard seats as well as seats with extra legroom. And every seat reclines.