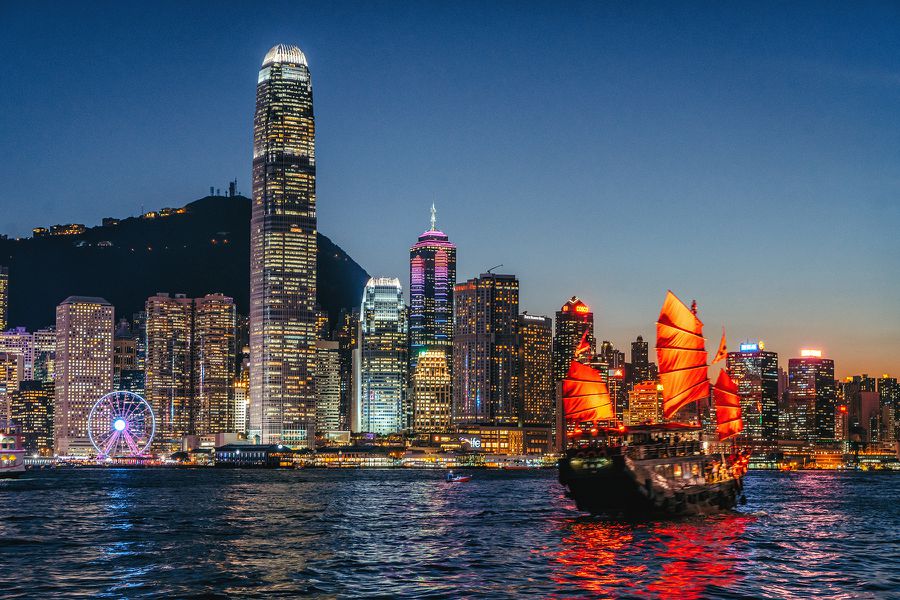 Looking to move abroad? ECA International ranked the most expensive cities around the world, focusing on the expenses of expats and foreign workers.

Living abroad is a life-changing experience that satisfies our sense of wanderlust and enriches us culturally. But it often comes with a steep price tag. Whether you relocate to a different country for work, study, or to fulfill a lifelong dream, the cost of living will probably be a major factor when it comes to choosing a destination. And when it comes to expensive cities for expats, Asia is leading the pack, according to the latest report from ECA International, a global mobility company that each year ranks the priciest locations in the world. Five of the top 10 spots are in Asia, while only three are in Europe.

“Nearly every major Eurozone city saw a drop in the rankings this year as the euro performed worse in the last 12 months than the U.S. dollar and British pound,” said regional director of ECA International Lee Quane in a press release.

Paris, for example, which has previously topped the list, is no longer in the top 30. Madrid and Brussels have also slipped on the list.

Overall, Colombo, Sri Lanka, has seen the fastest price shift in the past 12 months. And the cost of living for expats in many Chinese cities continues to rise, with Shanghai and Guangzhou placing toward the top of the list.

"The majority of the mainland Chinese cities in our rankings have higher rates of inflation than we are used to seeing, but they are still typically lower than elsewhere in Asia," Quane explained.

To create the list, ECA International compares several consumer products commonly purchased by expats, including food, clothing, and transportation. It then conducts two surveys in March and September in more than 490 locations worldwide. The company also considers rental prices in areas where expats live in over 410 locations.

So without further ado, here are the priciest cities in the world.

For the third year in a row, Hong Kong claims the first spot as high prices and a strong currency help it maintain its position. According to data from ECA International, a liter of milk in Hong Kong (there are 3.78 liters in a gallon) will set you back $4.39. You can expect to pay top dollar for everything from gas to groceries and a cup of coffee in the city.

The Big Apple climbed two spots to claim the silver medal on this year's list. It is the only North American city in the top 10 most expensive places to relocate, mostly due to inflation in the U.S.

As Europe’s most expensive city for expats, Geneva claimed the No. 3 spot again this year. Switzerland uses the Swiss franc, which rose to a record high last year against the euro. While prices in Switzerland are higher compared to other European destinations, Swiss workers are among the higest paid on the continent.

While high inflation is to blame for London’s ranking, the city remains incredibly popular among expats. The British government estimates that more than a third of the country’s entire foreign-born population now lives in London.

The Japanese capital dropped three spots to No. 5 this year. According to the survey, negative interest rates and higher inflation that weakened the yen are the main culprits. "The weaker yen makes goods relatively cheaper for visitors and expatriate workers paid in other currencies as their money will now go further," Quane explained.

Up one spot from last year, Tel Aviv is now the sixth most expensive city for expats. Last year, another organization, the Economist Intelligence Unit, ranked the Israeli city as the most expensive destination in the world thanks to high food, alcohol, and transportation prices.

As the financial and cultural capital of Switzerland, it's no wonder Zurich is among the world's most expensive cities. The city ranks seventh on ECA's list because of the strong Swiss currency and high cost of services and goods.

Along with being the 8th most expensive city worldwide, Shanghai is also the third priciest metro area in Asia. The main reason, according to Quane, is "the continued strength of the Chinese yuan against other major currencies, due to China's relatively strong economic performance during the survey period."

China's bustling port city of Guangzhou climbed one spot from last year and is now the ninth most expensive place to live. In 2019, local authorities said that about 83,400 foreigners lived in the city.

The South Korean capital dropped two spots to No. 10 in the worldwide ranking, but is the fifth most expensive city in Asia, primarily due to inflation.

GM Will Replace Chevrolet Express, GMC Savana with EVs in 2026

Manhattanhenge Is Happening Tonight — Here’s How to See It