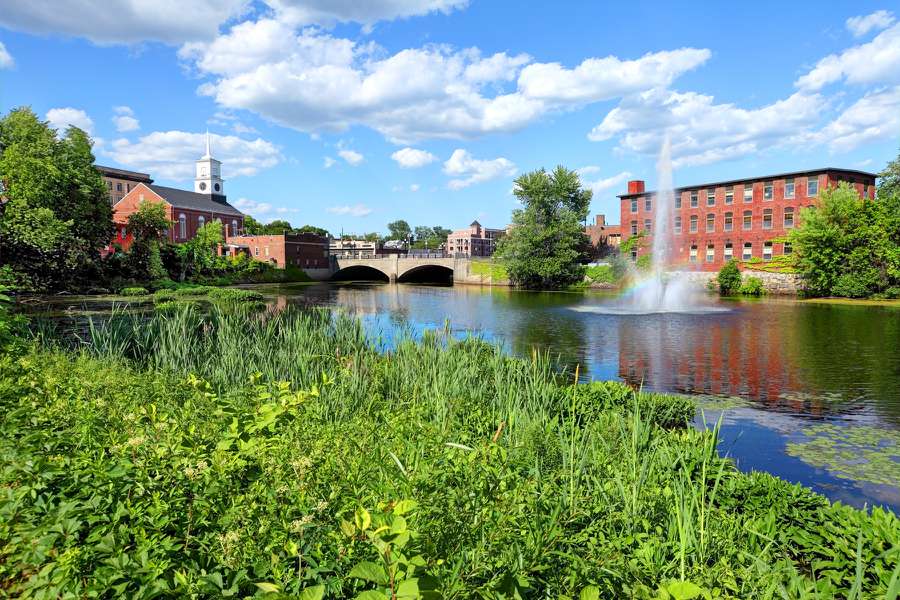 They're all in small towns, mainly along the Eastern Seaboard.

Looking to purchase a new home? You may want to look away from big metropolitan areas and consider small town living instead. According to a new report by Realtor.com that looked at areas with the most-viewed listings on the site, increased demand year-over-year, and listing price surges, most ZIP codes attracting attention from buyers this year are in small towns. And they’re primarily in the New England area and along the Eastern Seaboard.

So, who are the big winners this year?

Monroe County's 14618 ZIP code in Brighton, New York, just outside of Rochester, takes the top spot with a median listing price of $275,000 in June 2022, with properties staying only six days on the market on average. The report points out that local buyers have strong qualifications, such as a higher credit score (745) and a higher median income ($106,150) than the U.S. average.

The No. 2 most popular ZIP code is 42 miles outside of Boston: 03681 in Nashua, New Hampshire. Listings in Nashua received 4.6 times more views than the country's average and sold 23 days faster than the typical U.S. home (seven versus 40 days) in the first half of this year, shows data by Realtor.com. The median listing price in Nashua in June 2022 was $536,000, compared to $450,000 nationwide.

"Many of the hottest ZIPs of 2022 are found in historic New England where buyers can match relative affordability with reasonable proximity to big, high-paying cities," Hale added. "Of course, the idea of what's reasonable has adjusted as both costs and workplace flexibility have grown in a post-pandemic environment, and this year's ZIPs reflect the outward shift from urban centers that buyers are undertaking in order to make their homeownership dreams a reality."

Courtesy of City of Worthington

The report states that Boston, in particular, can be reached within two and a half hours or less from all six New England towns in the top 10 list. Ohio's 43085 Worthington ranks third with a median listing price of $467,000. In this northern suburb of Columbus, homes sold on average seven days after going on the market. Nine of the top 10 ZIP codes have never been on the list in its eight-year history, according to Realtor.com.

What It’s Really Like to Do Wine Country With an Infant, According to a New Mom