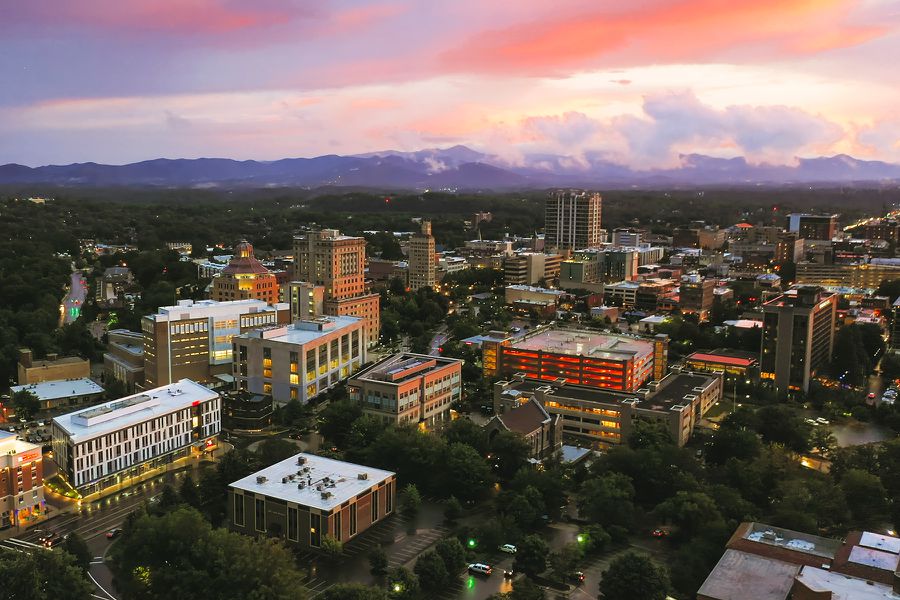 Even though major cities throughout the United States are commonly known as food hubs of the country, some of the best eats can actually be found in smaller metros and towns.

In fact, Asheville, N.C., serves up some of the best dishes in the United States, according to a new survey by Yelp that was shared with . The southern city, which took No. 1 on the list and is known for its gorgeous parks and charming inns, also has “a unique mountain-to-urban creative food scene” with spots like Cúrate where they serve up lamb skewers and fried eggplant.

"This year's cities offer a diverse mix of cuisine that highlight local ingredients prepared by top-rated chefs," Tara Lewis, a Yelp trend expert, told T+L. "From fresh seafood along the East coast to hometown delicacies in the West, this year's Top Foodie Cities list has it all if you're looking to try the best-of-the-best the nation has to offer."

Travelers can also head to the Hawaiian islands, spotlighted on Yelp’s list as the No. 2 best spot in the country, where they can feast on dishes that incorporate kalua pork, coconut shrimp, and mahi mahi. Highlights include the fish tacos at Down the Hatch on Maui and the coconut shrimp at Lava Lava Beach Club on Kauai.

On the West Coast, Yelp users loved San Luis Obispo in California as a must-see and must-feast destination. The town, which sits between Los Angeles and San Francisco, has a “booming foodie scene,” according to the site, with dishes like tri-tip sandwiches and bread bowls on offer.

Another highlight was Charleston, S.C., (which consistently takes the top spot as T L’s best city in the U.S.) where foodies have no shortage of great eats in equally beautiful settings. Yelp pointed to restaurants Jackrabbit Filly and Lola as two particularly popular spots for a quick bite.

And in the Midwest, travelers can head to Boise, Idaho, to experience a "growing culinary mecca" with a choice of James Beard-nominated chefs like Dan Ansotegui of Ansots and Khatera Shams of Sunshine Spice Bakery & Cafe.