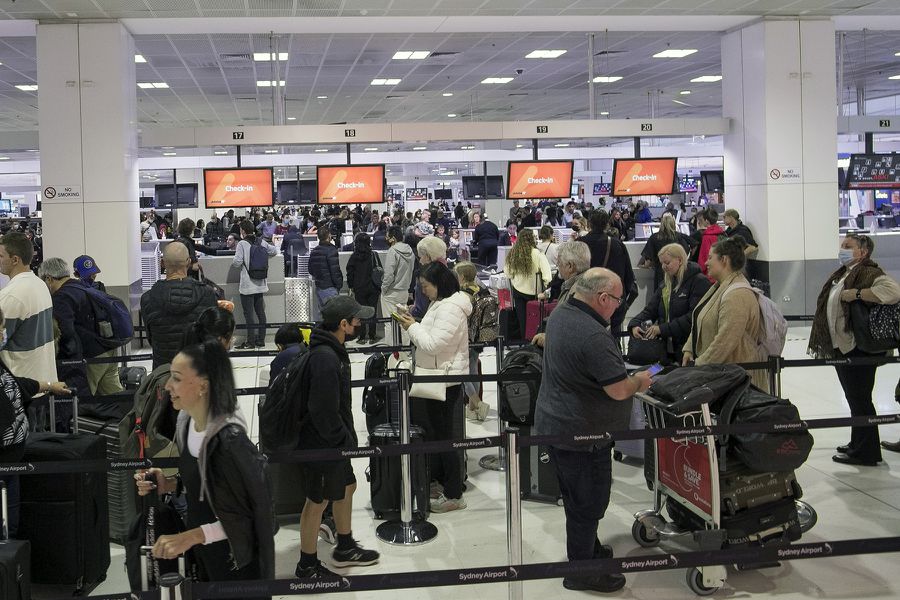 The executives will sort and scan bags as well as drive luggage around the airport and between terminals.

Australian airline Qantas is calling on senior executives and managers to act as baggage handlers in an effort to combat staffing shortages to avoid further disruptions.

The senior staff is expected to pitch in for three months, reported, after the carrier let about 1,700 ground handlers go during the pandemic. Qantas has since rehired nearly 2,000 staff, but like many airlines across the world in recent months, has struggled with baggage issues and flight disruptions.

The executives will sort and scan bags as well as drive luggage around the airport and between terminals.

"It's our singular company focus to support our teams to get our operation back to where it should be and provide our passengers the experience they expect from the airline," Chief operating officer Colin Hughes said in a note to staff, according to .

A spokesperson for the airline told the site the carrier has "been pulling out all stops to improve our performance."

A spokesperson for Qantas did not immediately respond to a request for comment on the temporary protocol from .

Michael Kaine, the national secretary of the Transport Workers’ Union of Australia, told the country’s Qantas was in “desperation mode” and should instead call up workers it laid off.

"There's a really great workforce that can really help us through as we try and rebuild aviation," Kaine said, adding, "This is quite a specialized field. People might think that baggage handling and tug operations are manual labor, but they are highly specialized and the safety of passengers relies on the experience of those workers… They've got to stack the belly of the aircraft, it's got to be properly balanced. If they're pushing back the aircraft, of course, it is a highly specialized skill."

Airlines across the world have dealt with a summer of flight cancellations, delays, and baggage issues. In fact, it got so bad in London, Heathrow Airport asked airlines to cut back on flights and introduced a capacity cap of no more than 100,000 passengers per day. A few days later, Delta Air Lines chartered one of its planes to fly 1,000 bags that had been stranded in London back to the United States.

These Are the Most Popular Destinations to Name Your Baby After, Survey Shows