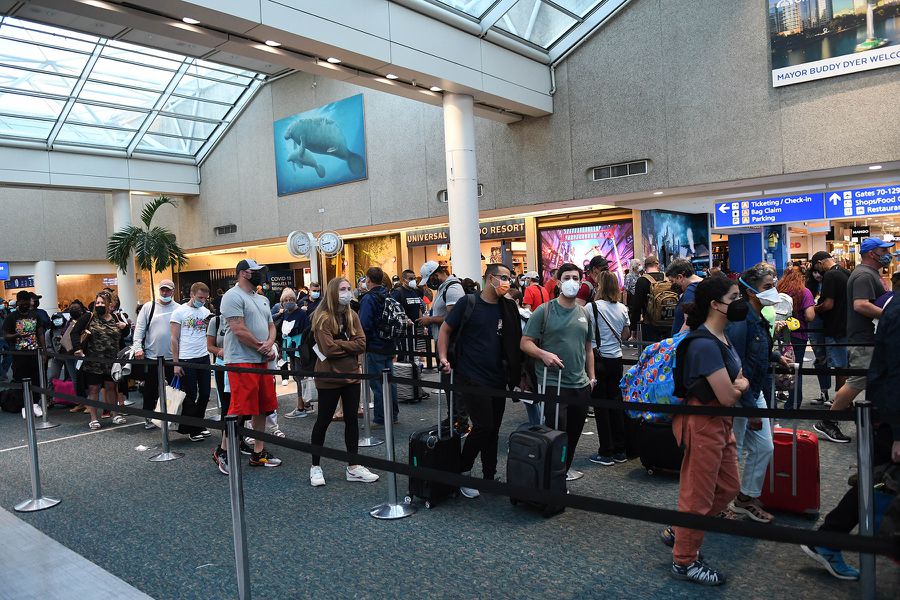 Another round of mass flight cancellations hit the U.S. between Thursday and Friday.

Hundreds of flights were canceled in the United States on Friday following more than 1,200 cancellations on Thursday, the latest problems to hit a beleaguered airline industry this summer.

More than 700 flights had already been canceled as of Friday morning and more than 1,400 delayed as the airline industry struggled to recover from another day of mass cancellations. American Airlines led the pack on Friday with more than 180 cancellations, or 5% of its total schedule, according to flight tracker FlightAware. That was followed by Delta Air Lines with 78 cancellations and Southwest with 76 cancellations.

It comes a day after airlines canceled 1,248 flights into and within the U.S., according to FlightAware. Those cancellations were led by Southwest, which cut 370 flights, or about 9% of its schedule, and delayed more than 1,800 flights, affecting 45% of its entire schedule.

Some of Thursday’s issues were blamed on stormy weather that caused a computer system outage for Southwest at the Phoenix Sky Harbor International Airport, the reported. A Southwest spokesman told the paper the airline lost connectivity to its computer systems.

However, a spokesperson for the airline told on Friday that they "resumed operations after a brief ground stop while we worked to restore connectivity to some local systems that were affected by thunderstorms."

"We're still working through weather related challenges throughout the country and we appreciate our customers' patience as we worked to get them to their destinations safely and as quickly as possible," the spokesperson added.

So far, 36 flights had already been canceled in the U.S. for Saturday.

These cancellations are just the latest in a long line of issues that have struck the airline industry this summer. Experts have blamed overall cancellations on a combination of air traffic control problems and staffing shortages and several airlines have proactively trimmed their summer schedules in an effort to avoid further problems, including JetBlue, Delta Air Lines, and United Airlines.

For its part, United has extended those cancellations into the fall, cutting flights to two airports and cutting a third route. And this week, American Airlines followed suit by cutting 2% of flights in September and October, reported, calling them “proactive adjustments.”

This week, the Department of Transportation proposed a rule change that would require airlines to issue a refund if a domestic flight is delayed by more than three hours.