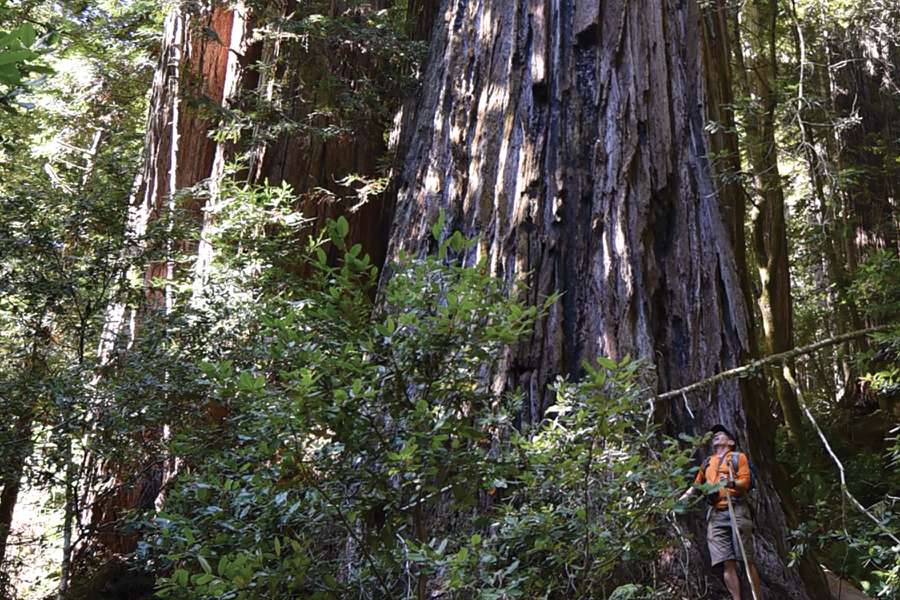 "I hope people understand that we're doing this because our eye is focused on protection of resources and safety of the visitors."

Visitors to Redwoods National and State Parks who venture to see the world’s tallest tree may have hefty consequences in store.

According to The Associated Press, those who head off the trail to see the tree, named “Hyperion” at the northern California park could face up to six months of jail time and be subject to $5,000 in fines.

The 380-foot tall coast redwood tree of the species sits deep in the forest in an area not intended for park guests. Despite the area being off limits, the massive tree found its way into the spotlight in 2006 when two naturalists located it. Soon its precise spot, in an area without cell service, was shared by travel bloggers and other enthusiasts and visitors started to flock there by 2010. Nine years later, Guiness World Records granted it the title of world’s tallest living tree.

Estimated to be between 600 and 800 years old, "Hyperion" is a standout because it's located on a hillside where "96% of the surrounding area of which has been logged of its original coast redwood growth," the Guinness World Records noted of the tree which has a diameter of 16 feet and 2.5 inches).

As more people found the tree — which required bush-wacking through the vegetation to get there — the more damage "Hyperion" has faced. Public access was closed to the tree in March 2022, a park official separately confirmed to

"The amount of garbage has increased, there's human waste that has been seen and as more people go up to this tree," the park's natural resources manager Leonel Arguello told The AP. "They create more social trails and all of that is having damage impacts to the vegetation, to the soils, and all of the garbage just sits out there."

For those with FOMO driving them to experience the superlative tree, Arguello deterred visitors by dubbing it, “the most unimpressive tree you’ll ever see,” in an interview with this this week.

The purpose of the fines is also to preserve the tree itself, he added.

"I hope people understand that we're doing this because our eye is focused on protection of resources and safety of the visitors," Arguello said.

Instead, he suggested visitors head to to the Tall Trees Grove, with impressive redwoods and paved trails. “You can walk the grove and then go picnic by the creek and splash and swim in the water,” he told AP. “You don’t have to scramble and bushwhack up to this tall, skinny tree that isn’t that impressive.”

The National Park Service did not immediately respond to 's request for comment.