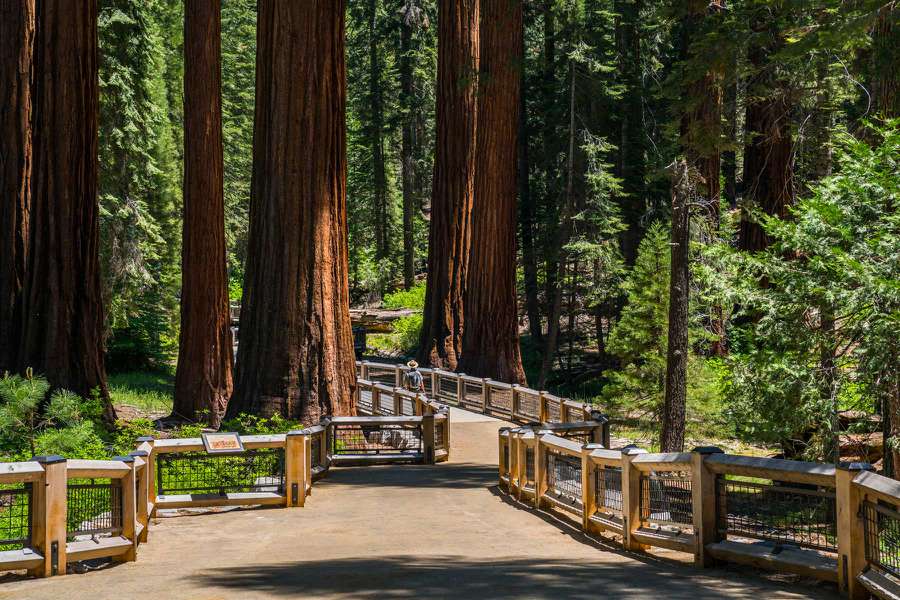 "The skies are blue, the air is clear, and the beautiful town of Oakhurst is ready for tourists to return," Jonathan Rosenson, owner of Yosemite-area hotel Château du Sureau, told

Yosemite National Park, a favorite summer destination for thousands of visitors, has reopened its famed Mariposa Grove, home to more than 500 mature giant sequoias. The Washburn fire that had threatened the Grove is now 100% contained, Yosemite park ranger Scott Gediman told the , and while fire crews remain to extinguish hot spots, entrances are open.

The picturesque town of Oakhurst, one gateway to Yosemite, is about 30 minutes from the park's southern entrance.

“We’re in a much different place now than we were last month when there were two fires in the area — one by the Mariposa Grove and the other in Mariposa County more to the west,” Jonathan Rosenson, owner of Oakhurst’s Château du Sureau, a nine-acre resort set in the foothills of Sierra Nevada mountains, told “We are happy to be welcoming guests who have rebooked their July stays. The skies are blue, the air is clear, and the beautiful town of Oakhurst is ready for tourists to return.”

Yosemite's waterfalls, rock formations, forests, waterways, wildlife, and mountains have fascinated visitors for more than 150 years. The order to protect the Yosemite Valley and Mariposa Grove for "public use, resort, and recreation" was signed by President Abraham Lincoln in 1864, the first time the federal government set aside scenic natural areas for the benefit of future generations.

Visitors planning a trip to Yosemite should be aware that until Sept. 30, a reservation is required to drive into or through Yosemite National Park between 6 a.m. and 4 p.m. The temporary reservation system helps manage the summer congestion, according to the National Park Service website.