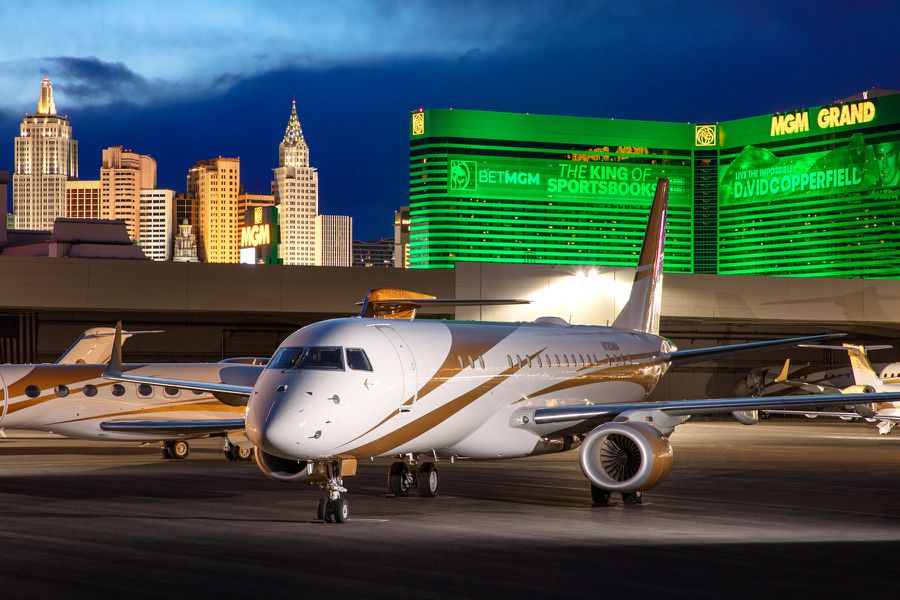 Las Vegas is already the place to be for fantasies to come true, but MGM Resorts is taking it one step further by giving you the chance to have an experience you never thought possible. And it includes getting up in the club with your homies. Preferably, at 7 o’clock on the dot.

On Friday, MGM Resorts announced it’s giving you the chance to win a Las Vegas vacation, including airfare, with its Wild Wild Quest giveaway. And that’s not just any airfare: it includes a private jet ride alongside eight-time Grammy award–winner Usher, who is launching his residency at Park MGM on July 15.

Here's how it works. Between June 29 and July 11, nine MGM Resorts properties across the Strip will unveil QR codes hidden around the city on everything from everyday objects to some of Vegas's most iconic attractions. The resort company even provided this hint: "flowers flourish at this iconic garden, center Strip, where you'll see giraffes and zebras during your next trip."

Each QR code can be scanned to open an online entry page where entrants receive a single entry (six entries max per person) for the opportunity to win one of 100 prizes, including the grand prize flight alongside Usher.

Beyond the flight, the grand prize also includes two VIP passes to Usher's new show at Dolby Live theater; an upgrade to MGM Rewards' highest tier level, Noir status, until Jan. 31, 2023; a three-night stay at ARIA Sky Suites in a Strip-view Penthouse; a golf lesson with a PGA or LPGA player at Shadow Creek; a cooking experience with an MGM Resorts celebrity chef; and a $15,000 cash prize.

Those looking to win can join "The Wild Wild Quest" by searching for QR codes at Bellagio, ARIA, MGM Grand, Mandalay Bay, Park MGM, The Mirage, New York-New York, Luxor, and Excalibur. Don't worry. You won't be out there alone. All resorts will provide clues to each QR code's secret locations.

Even if you’re not visiting Las Vegas any time soon, you can still enter by finding other QR codes hidden in the MGM Rewards TV commercial airing nationwide and online. See more about the giveaway, prizes, and potential clues here.

The Most Popular ZIP Codes in the U.S. to Buy a House, According to a New Report